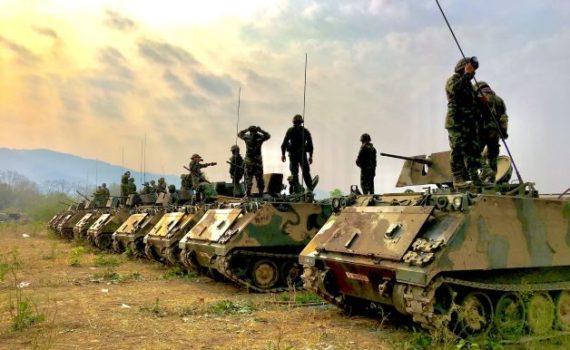 And Elisha prayed, “Open his eyes, Lord, so that he may see.” Then the Lord opened the servant’s eyes, and he looked and saw the hills full of horses and chariots of fire all around Elisha.

Take some time and let the words wash over you and praise God that He is always surrounding us and He fights our battles! 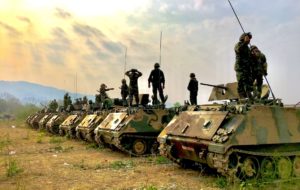 An Aramean army with horses and chariots had surrounded the city where Elisha was and his servant was afraid. His servant asked Elisha what they were going to do and Elisha responded, ‘”Don’t be afraid,” the prophet answered, “Those who are with us are more than those who are with them.”‘ However, Elisha’s servant didn’t see it. What he saw was that they were surrounded by the enemy. Only after Elisha prayed, did his servant see the “hills full of horses and chariots of fire all around Elisha.”

In our own lives, sometimes we only see that we are surrounded by problems. We see the enemy preparing to go to battle with us and we become afraid. We forget that God surrounds us and sends His army to fight on our behalf. Today, as you see your problems surrounding you, remind yourself who really surrounds you, God and His army. Ask God to open your eyes and see that there are more of those who are with you than against you!

Bible verse of the day

Wealth is worthless in the day of wrath, but righteousness delivers from death.
Proverbs 11:4

Bible verse of the day
Wealth is worthless in the day of wrath, but righteousness delivers from death.
Proverbs 11:4
DailyVerses.net
The Fearless 5